Argentine journalist in Rojava: “I came to see how revolutions creates a different imaginary to a different world” 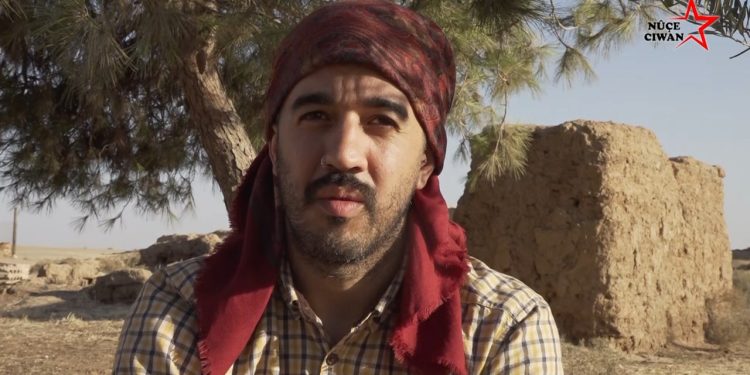 NEWS CENTER – The Rojava Revolution brought hope in creating an alternative to the system of capitalist modernity for all the oppressed peoples of the world. Under the perspective and paradigm of the peoples’ leader, Abdullah Ocalan, Democratic Confederalism was put into practice and is the system in place in Northern and Eastern Syria since 2012. Under the Autonomous Administration the peoples of the region have organized themselves and today live together in a democratic and revolutionary way.

This experience has attracted the attention of the world, and countless journalists have come to Rojava to learn about this paradigm and its practice. Among them is Mauricio Centurion, from Argentina. Also moved by the practice and experience lived by Alina Sanchez – Martyr Lêgerîn, the first person from Latin America to join the revolutionary movement and who unfortunately died in 2018 in a car accident in Rojava.

Our agency spoke with Mauricio:

“My name is Mauricio Centurion, I am photojournalist, photodocumentalist and filmmaker. I am from Argentine, a country from South America, and my work is basically to know and register communities that generates an alternative. To get to know communities that self organize themselves, that presents the possibility of another world and under this basis in 2017 and 2018 I was in the Zapatistas territory and now I am in Rojava.

In 2018 when I returned from the Zapatistas territories, I saw on the news in Argentine that Şehîd Lêgerîn had fell martyr and from this moment on I started to learn her history and started to have as project to come to Rojava and better understand better the Revolution and be able to tell this history in Latin America because still many people don’t know about all the stuff she made here. It is really touching to see how a person from Argentine, from the same country that I am, she travelled 13,000 Km with a clear conviction to build a Health System to give her life to the Revolution and it’s very touching every time that in every interview or conversations with the people, when I say her name they remember her with proud and love. Also some stuff that I came across was really surprising. I saw many people caring her name, as Lêgerîn and as Alina as well, how she was called in Argentine. Hospitals carry her name, people cry by talking and remembering her, her image became an example here and I believe that the journalism that I see as need has to do with it. With images that can serve us as examples to a different world.

We are used, at least in Latin America, to a kind of journalism that creates hopelessness, that make us believe that the only possible world is a capitalist one. A world where we are desperate, without the idea to come together and organize ourselves to start the changes needed. Histories like Rojava, were people that organize themselves to conquer their autonomy, to be able to speak their own language, to live under it’s own culture and live a free life. Histories like the one of Alina, a person that feels injustice against others as her own and came here and gave her life to organized herself in a way that are examples that serves to feed life, to be able to have other horizons and to have hope. We are today living in a world crossed by pandemics, catastrophes a television and media that all the time says that nothing has sense. 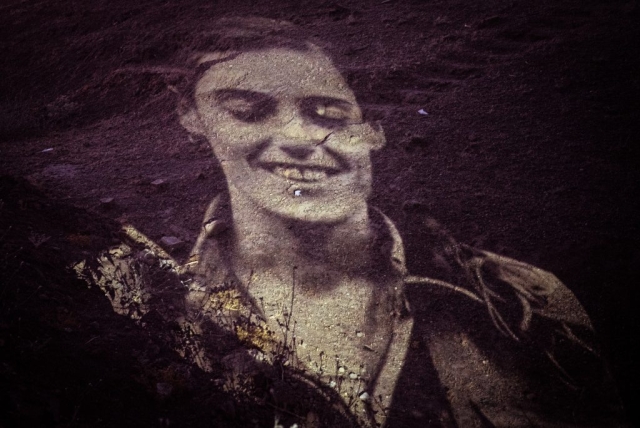 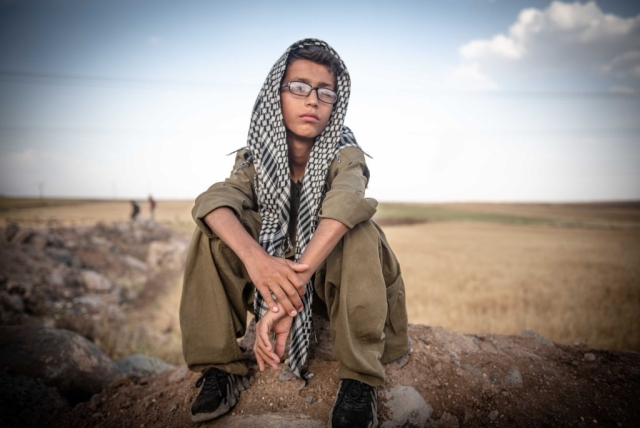 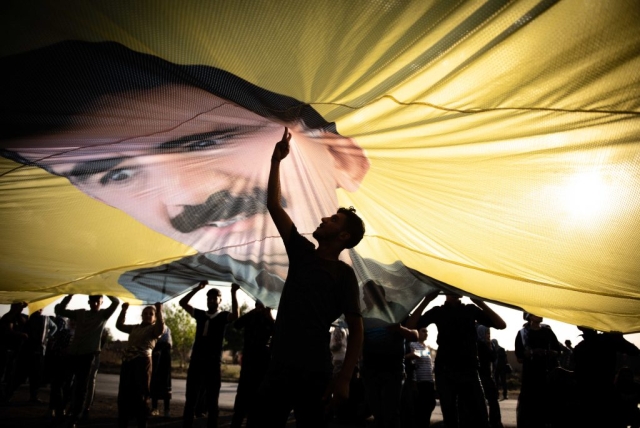 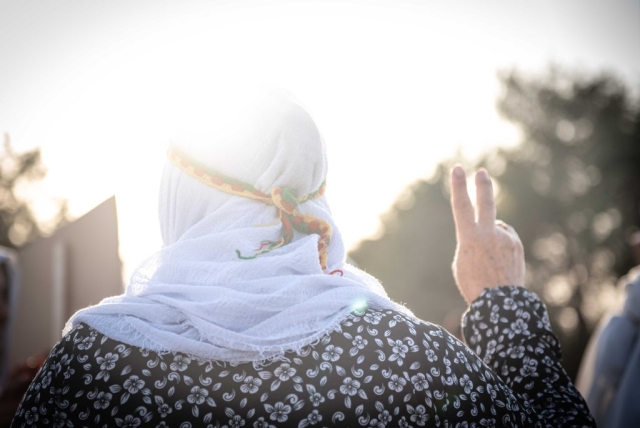 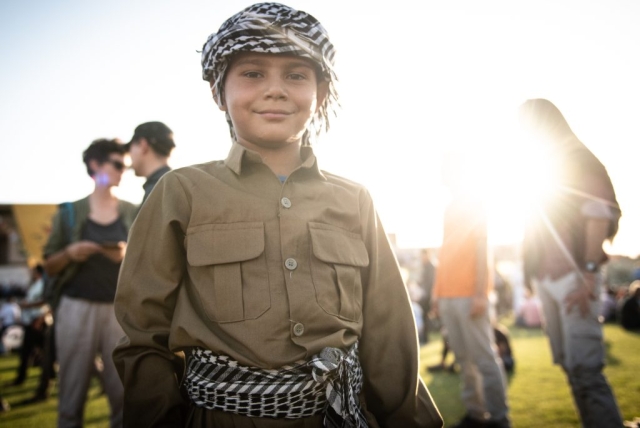 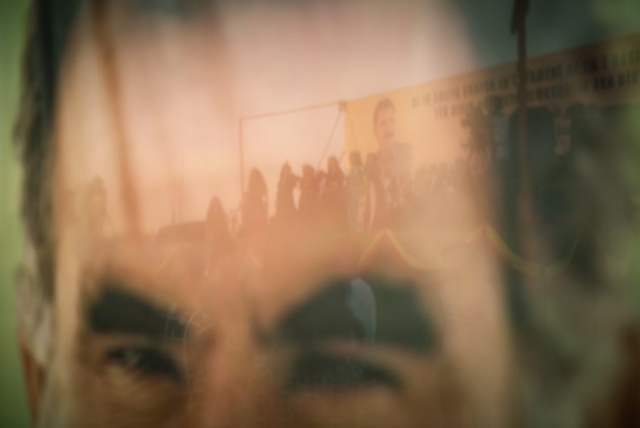 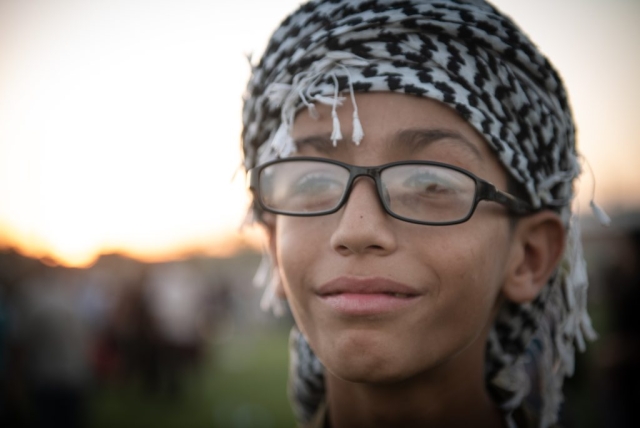 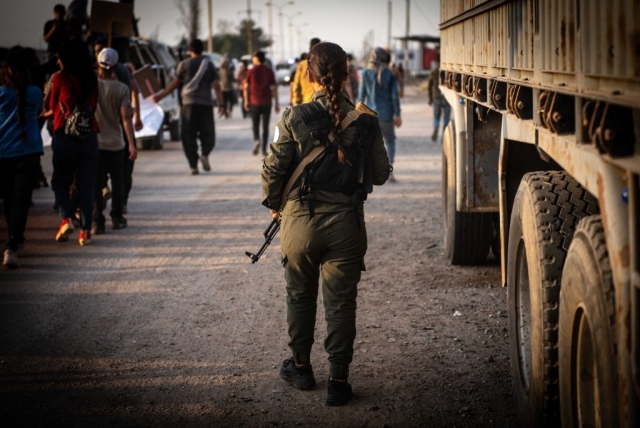 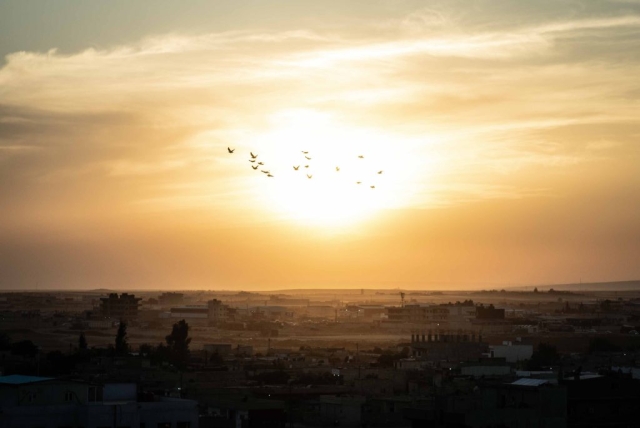 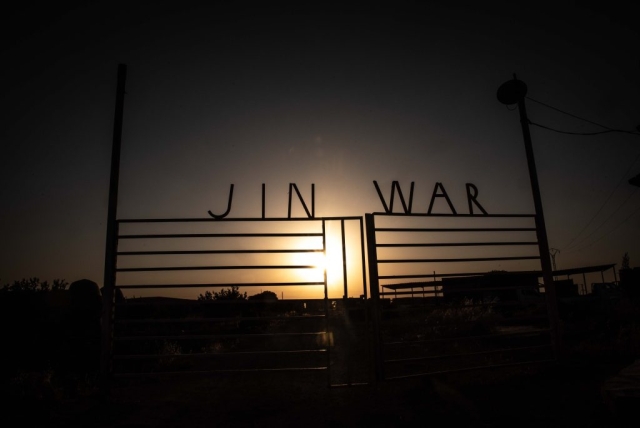 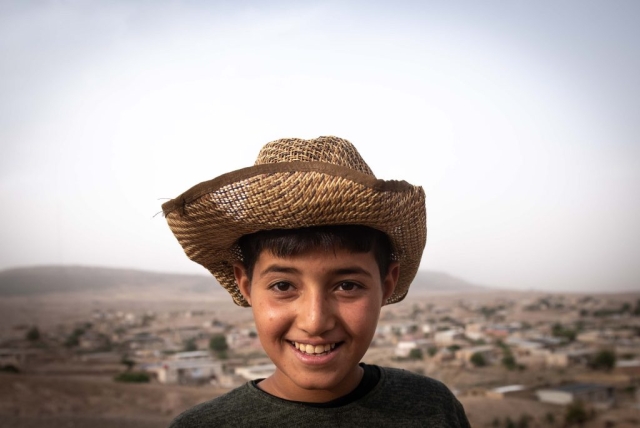 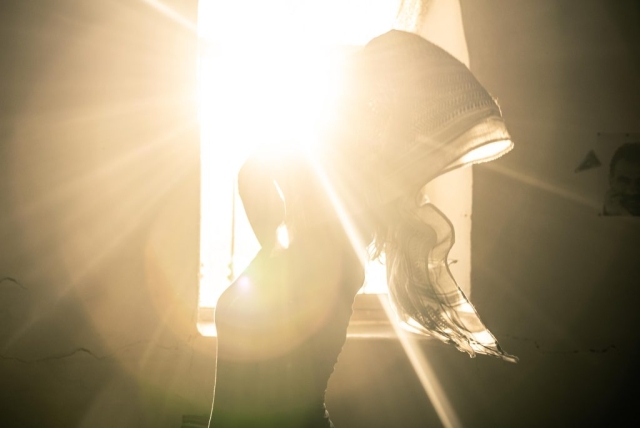 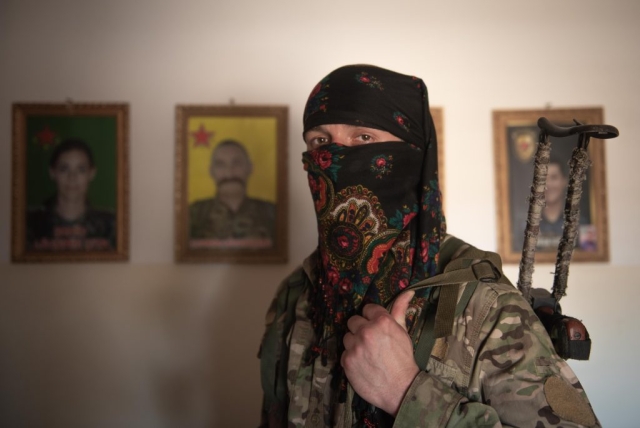 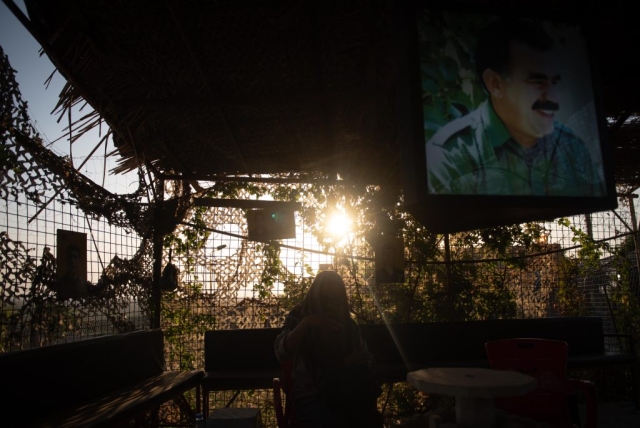 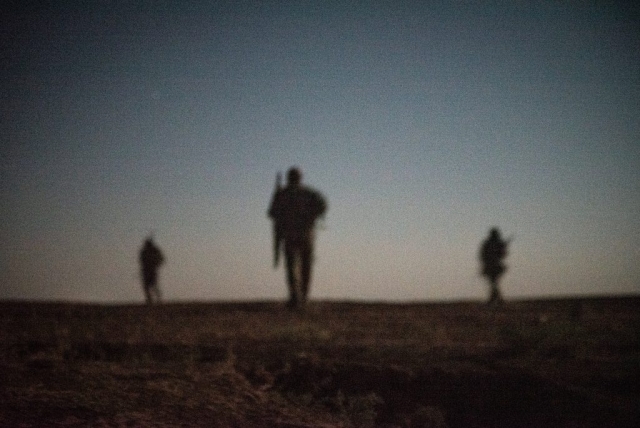 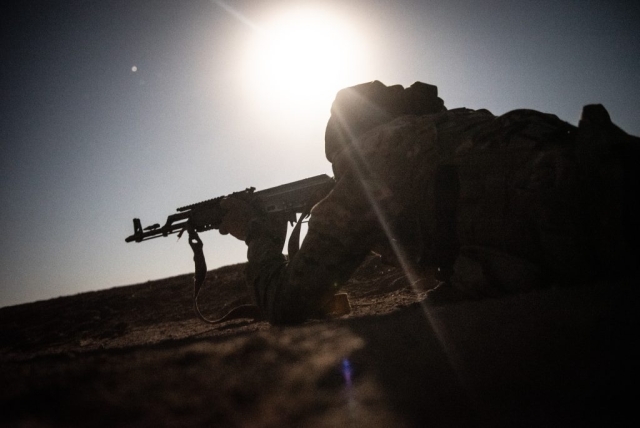 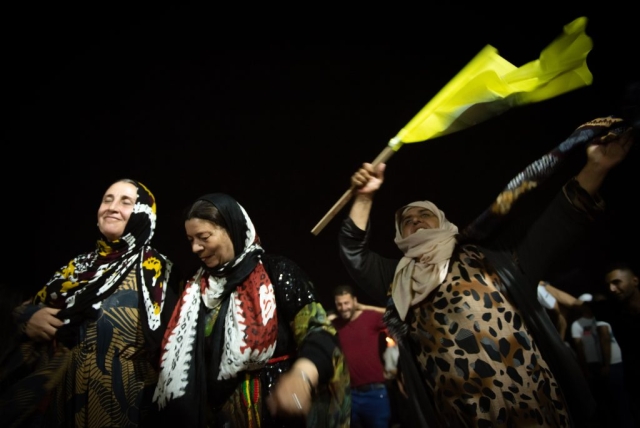 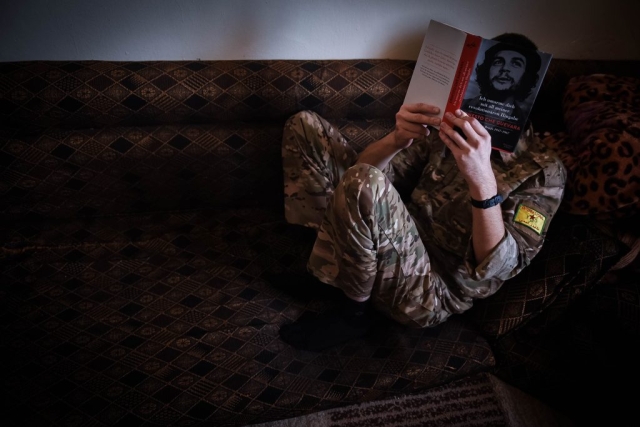 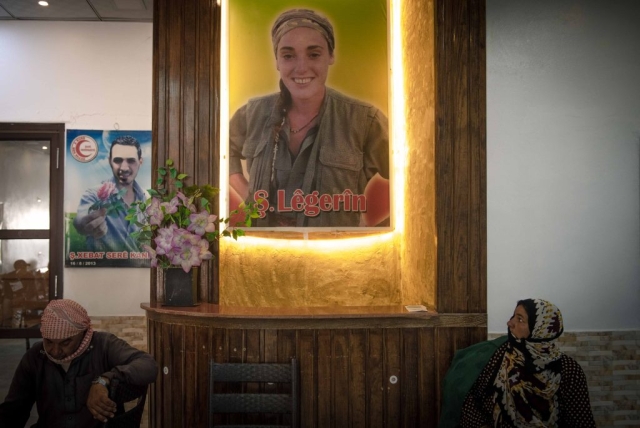 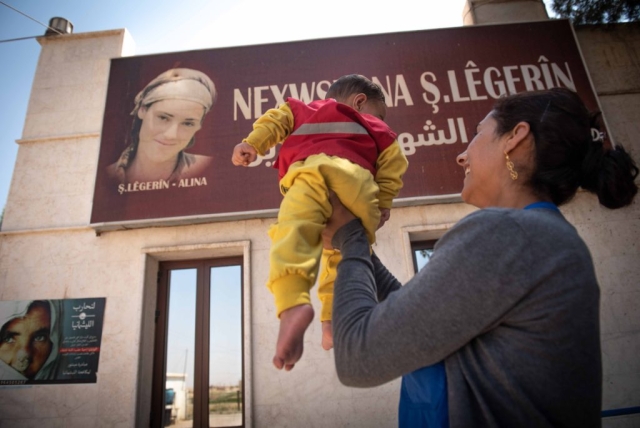 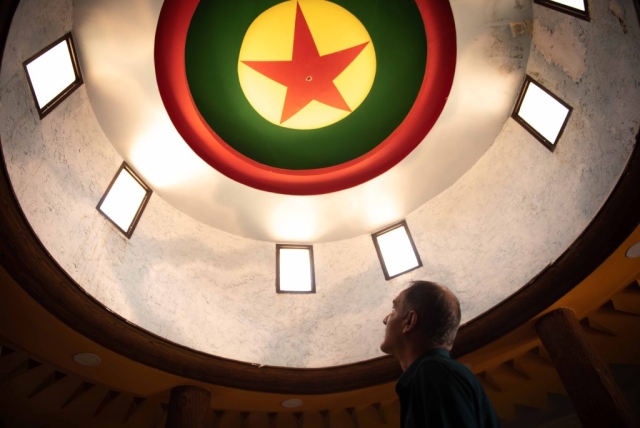 So I believe that is necessary to listen first, to understand the histories and then share them with the people. I think this is a humble work that I myself and other journalists are developing and I see it as needed to have a new horizon of hope. My work here as to Lêgerîn started from a movie that is co-directed from Argentine to Kurdistan but also with two audio-visual works that tells about the struggle here from the persons that took the name Lêgerîn for themselves, what this mean’s to them. Besides the works, I get to know step by step the Rojava Revolution and the society and being able to be an intermediary with Latin American media being able to tell that it seems very distant from the view

that we usually have about the Middle East with a lot of prejudices, as bombs, persons that blow themselves. When one comes here the first thing they see it’s the loveability, a society that resists, a society that despite many prohibitions, organize themselves and donate themselves to a resistance also in the cultural level.

Currently it really surprises me the reality that this people lives on because, for example, in August there was not a single day that there were not attacks by the turkish government, and it’s really complex – at least as I come to see it and analyze it, that the format that the new war’s are taking place. Some histories that I saw in this last month are from children that go to the market to buy something and an UAV drops a bomb and this kid dies from it, or like young girls that were playing volleyball in a center and were killed by an UAV, I mean, current wars are distinctive because they have no combatants in the front lines, the people don’t have any idea that they might die. They don’t have even the right to fell fear before it.

I think that should call our attention as humankind, as people’s because there are wars that are told about – even at the extreme, and others not. This should at least bring our attention to think about it…what is happening to us that we have no idea on the pain of so many people? What is happening to us that we have no idea that a child that coming out to by something for his family living his daily life, might be killed just for that. Not even have to right to be a little free. And this was one of the things that caught my attention the most because at one side, this war that translate itself in the impossibility to live because as well they are attacked by UAV’s, they are deprived of water and food by the same people that wage war, in a moment in 2015 we all got to know by the media about the enemy of the Islamic State and it was a worldwide indignation, but today when the enemy is another government (turkey) it’s different this should bring our atention to it.

But by the other side, it surprises me to be in a place where 5 million people live in a self organized way to be in a place where 5 million people practize a different system of government, different from the system of government that globalizes the world here one can see a system where the women occupy different places in the society. In just 10 years of this process, the women are having a different imaginary than what they had before there are seeing themselves as filmmakers, journalist, etc. This is one the things that caught my attention as a journalist, to see how revolutions creates a different imaginary to a different world. This are the histories that call to my curiosity and that I go after, to learn, firstly, then to listen and share it.”

Zerîn Rûken: The power of “Jin, Jiyan, Azadî” has taught the oppressive state a great lesson

YPJ Commander: "We stand by women in Iran"