HPG Press Center (HPG-BİM) announced that 9 more invaders were punished and two guerrillas were martyred in guerrilla actions from Botan to Zap and Metina. 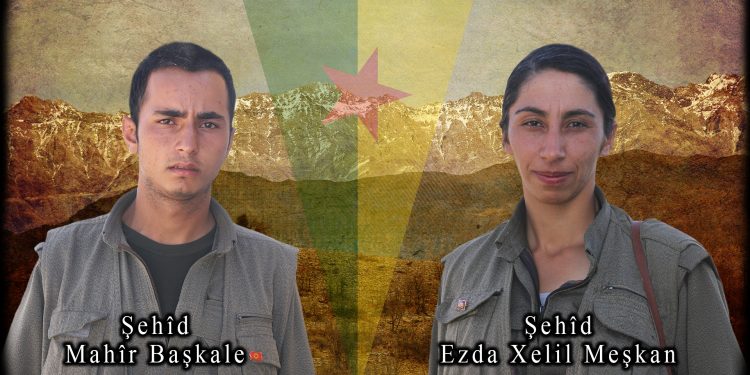 BEHDINAN – In its written statement, HPG-BİM said, “As a result of the actions carried out by our forces from Botan to Zap and Metina; “9 invaders were punished, 1 invader was injured.”

HPG-BİM said, “At the same time, 1 position was destroyed. The invading Turkish army’s Resistance Areas; It bombed 7 times with banned bombs and chemical weapons, 8 times with warplanes, 6 times with attack helicopters and dozens of times with howitzers.”

Announcing that two guerrillas, codenamed Ezda and Mahir, were martyred in Cudi, HPG-BİM gave the following details regarding the guerrilla actions and the attacks of the invading Turkish state:

The identity information of our comrades who reached martyrdom is as follows: 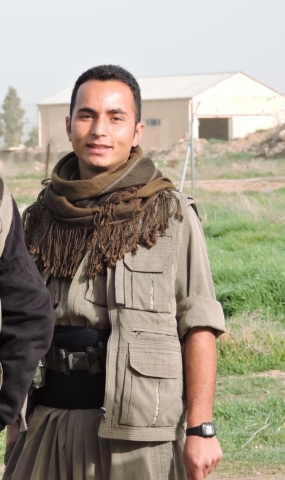 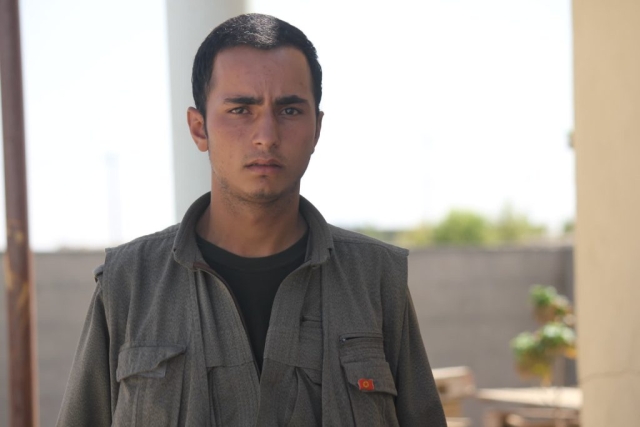 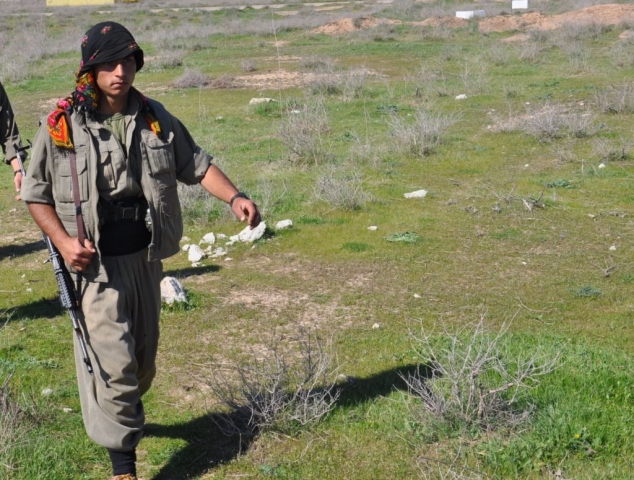 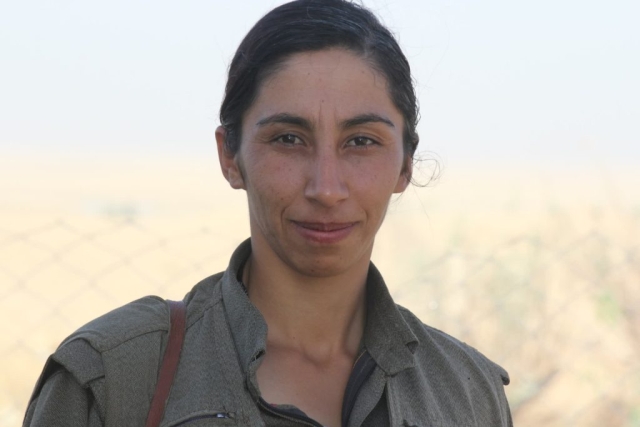 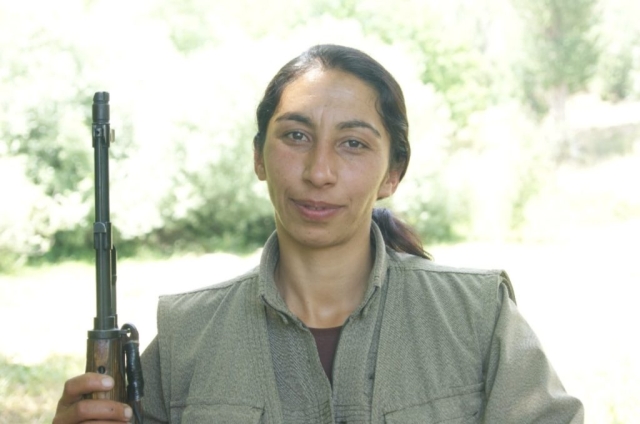 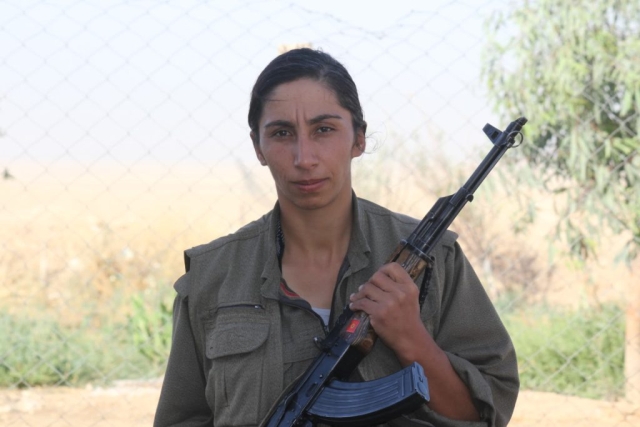 Our comrade Ezda was born in the patriotic Meşkan village of the resistance city Gever. Many people joined the guerrilla ranks from her family, close circle and village, and she grew up in an environment that duly fulfilled his patriotic duties both as a family and as a village. For this reason, our comrade Ezda has also known the guerrilla since he was very young and was impressed by the historical resistance of the Kurdistan Freedom Guerrilla against the enemy. Again, she felt great anger at the genocide practices developed by the enemy against our people and believed that it was necessary to fight against the enemy. The more he got to know our Leader and read her ideas on women’s liberation, the more she was influenced by our Leadership and became inextricably linked. Although our comrade Ezda first wanted to join the guerrilla ranks in 2010 after the deep concentration she experienced, she could not join for some reasons. But she always managed to keep her passion for freedom alive and remained true to her purpose of joining the guerrilla. She decided to join the guerrilla ranks, especially after Comrade Sara (Sakine Cansız) was killed in desperation in 2013, and joined the guerrilla ranks on August 15, which attaches great importance to our people.

After joining the guerrilla ranks, our comrade Ezda, who received the training of new fighters in the Xakurkê area, quickly adapted to the mountain life, which she was not familiar with, and became integrated with the guerrilla. After empowering herself with the military and ideological training she received, she thought that should defend our people as a revolutionary against the attacks of ISIS gangs against our people. On this basis, our comrade Ezda, who went to the Maxmur-Kirkuk area, defended our people here and played a major role in defeating the gangs. Our comrade Ezda, who always sees herself as indebted to our people, wanted to be worthy of the efforts of our people by enlarging her struggle. During the fight against ISIS, she better analyzed the male-dominated mentality’s perspective on women and believed that this mentality should be defeated and a life based on women’s freedom should be established. It is aware of the fact that this requires further deepening in the Leadership philosophy and revealing free personalities. For this reason, our comrade Ezda trained herself more and deepened in the philosophy of Leadership and the principles of free women. Believing that as a YJA Star guerrilla, she should fulfill her pioneering role in the field of war as well, she moved to Bakure Kurdistan in 2016, when an intense war process was taking place against the genocidal Turkish state. Comrade Ezda, who went to Bakurê Kurdistan at a time when the enemy was developing massacres against our people and wanted to bring our movement to its knees, participated in the works with the awareness of the heavy and sacred responsibility he assumed. She spent every moment of her life concentrating on avenging our people and our comrades who were brutally murdered, and made the calculation of inflicting great blows on the enemy. Especially in the Self-Government Resistance, she made an intense effort to avenge the enemy’s attack on our people without observing any war rules. Our comrade Ezda, who was successful in these efforts, took part in many actions in the Botan area and successfully fulfilled his duty in inflicting heavy blows on the enemy. She has developed herself both ideologically and militarily in the Botan area, where she has been for about 6 years,

Our comrade Ezda, known for her honesty and devotion to her comrades in every work she took part in as a freelance commander, fought until her last breath and reached martyrdom in the successful action against the invading Turkish army in the Judi area on September 7, 2022.

Our comrade Mahir was born and grew up in a patriotic family in the Elbak district of Wan. Being brought up in a patriotic environment, our comrade Mahir got to know the Kurdistan Freedom Struggle and Leader Apo’s ideas from an early age. Our comrade, who witnessed the brutal assimilation, denial and destruction attacks carried out by the invading Turkish state against our oppressed people, has always been in search of struggle. Our comrade, who took the first step into the struggle by participating in youth activities, has put forth a great effort to raise awareness of the Kurdish youth, who are the future of our people and our people, and to direct them to the ranks of the struggle. Comrade Mahir, who led many Kurdish youth to join the resistance, was detained many times by the invading Turkish state.

Our comrade Mahir joined the guerrilla ranks in 2013 and showed the patriotic Kurdish youth the real line of resistance and victory. Our comrade, who is based on quickly integrating with the guerrilla life and putting what he has learned into practice, started his first guerrilla practice by moving to the Xakurkê area after the basic guerrilla training he received. Our comrade Mahir, who quickly became partners with his comrades in the line of militancy, came to the fore in a short time with his lively and willing participation and became a leading militant in life. Specializing in guerrilla tactics, he made great efforts to respond to the needs of the period. Our comrade Mahir, who reads the Leader’s Defenses and analyzes at every opportunity he finds to deepen in Leader Apo’s philosophy, is based on enriching what he has learned by sharing it with his comrades and developing his comrades as well. Our comrade, who went to the Maxmur and Kirkuk areas on the basis of protecting our people against the genocidal attacks developed by barbarian ISIS gangs, played a major role in defeating the fascist gangs. Comrade Mahir, who successfully fulfilled his duty by protecting our people from genocidal attacks, has returned to the free mountains of Kurdistan with his comrades. Our comrade, who has turned into a competent guerrilla commander with the great experience and experience he has gained, turned to Bakurê Kurdistan and went to our Botan area, one of the first centers of the guerrilla, where he always wanted to engage in guerrilla activities. Our comrade Mahir, who has been a guerrilla for a long time in the holy land of Botan, has waged a long-term struggle against the invaders. Our comrade Mahir, who organized and pioneered many actions, provided heavy blows to the invaders.

Our Comrade Mahir, who attaches great importance to the sacred bond of comradeship of the PKK and constantly strives to preserve and expand the values ​​created with the blood of our martyrs, has worked tirelessly for the success of the PKK by participating in life and participating in the war we are fighting against the invaders. The legacy of struggle left behind by our comrade Mahir will enlighten us.

In the Zap region as part of the Bazên Zagrosê Revolutionary Campaign;

Within the framework of the Cenga Xabûre Martyr War Maraş Revolutionary Campaign;

The attacks carried out by the invading Turkish army with banned bombs and chemical weapons;

Attacks by the invading Turkish army;

Members of KCR and YJCR: "Young people should participate in these uprisings with great enthusiasm"