PJAK Co-chairman Zîlan Vejîn called the rebellion that started after the murder of Kurdish woman Jîna Eminî “a revolt against holding the state and the system accountable”. 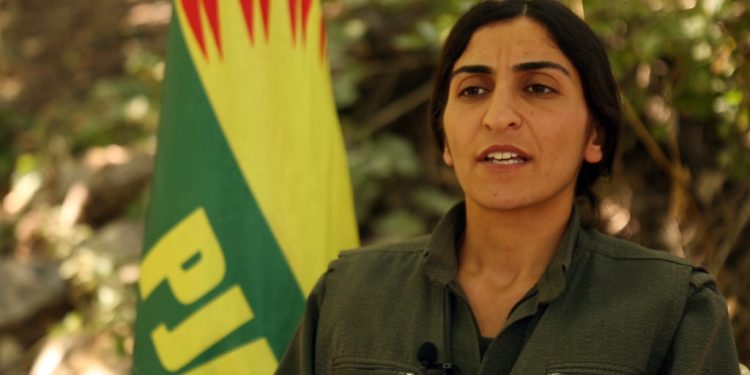 BEHDINAN – PJAK Co-chair Zîlan Vejîn evaluated the murder of Kurdish young woman Jîna Eminî by the Moral Police in Tehran and the protest actions that followed. 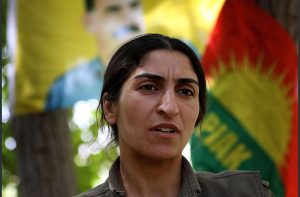 Pointing out the murderous and sexist policy of the Iranian state towards women and peoples, Vejin said, “This serhıl, in the person of women, under the leadership of women, is a call for all Kurdish and Iranian peoples to hold accountable for this state, this system, politics, these laws and this law. The following should be well known; If women revolt in a system, its politics and the whole system will be under suspicion, and that system will have no legitimacy to survive,” he said.

Zilan Vejin pointed out the slogans that are being shouted in different languages ​​throughout Eastern Kurdistan and Iran and stated that this slogan is not spontaneous, it is the result of 20 years of struggle.

Zilan Vejin said, “The position that was shown for the freedom of women and the democratization of Iran and came forward with the words JIN JIJIAN AZADI, is the ownership of the thoughts and philosophy of leader Rêber APO.”

The co-chairman of PJAK, Zilan Vejin, expressed her condolences to the people of Iran and Eastern Kurdistan for the reparations paid as a result of the protests and called for all the martyrs to be buried with mass ceremonies.

YPJ Commander: “We stand by women in Iran”