by Firaz Dağ
in Actions, All News, Editorial, Headline, Kurdistan, Middle East, News, Special
A A
0 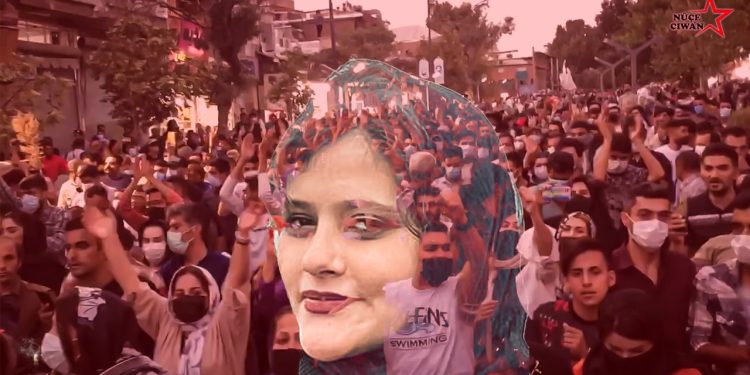 NEWS CENTER – Reactions against the killing of Zhina (Mahsa) Amini by the Iranian police continue and parties and organizations in East Kurdistan call for a nationwide strike in that part of Kurdistan tomorrow.

A significant number of parties, organizations and civil and political activists in East Kurdistan call on all Kurdish citizens in East Kurdistan and the peoples of Iran to participate in a nationwide strike tomorrow (Monday, September 19) to condemn the killing of Zhina Amini.

In this context, the Kurdistan Freedom Life Party (PJAK) and the Democratic and Free Society of East Kurdistan (Kodar) condemned the killing of Zhina Amini by the fascist Iranian regime and called on all Iranian and East Kurdistan peoples, especially Kurdish society / September 19 to condemn the killing of Zhina Amini by Iranian fascism, participate in a general strike and nationwide dignity under the slogan “Women, Life, Freedom – Martyr Does Not Die”.

Meanwhile, the parties participating in the Cooperation Center of Kurdistan Parties of Iran, the Kurdistan Organization of the Communist Party of Iran-Komala and a significant number of parties, organizations and civil and political activists in East Kurdistan called on Kurdish citizens to participate in Monday’s nationwide strike.

After the funeral of Zhina Amini, participants of the funeral ceremony held a protest in front of the governor’s office of Saqiz city on Saturday, which caused tension between the people and security forces. One of the citizens, Mohammed Parsa Sehat, was seriously injured and is under intensive care in hospital.

At least eight people were injured in a protest in Sanaa, the capital of southern Kurdistan, on the second day of the demonstration.

Footage of chemical weapons being used in Girê Martyr Pîrdoxan

Footage of chemical weapons being used in Girê Martyr Pîrdoxan